Mayumi Tsubokura is a Japanese painter influenced by both the ocean and Polynesian culture. 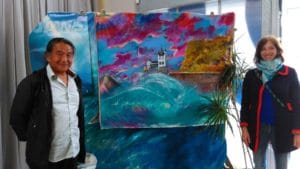 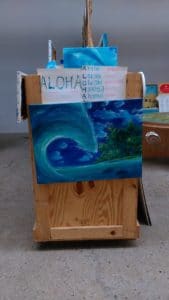 We meet Mayumi at his « local office » – Surfrider Foundation headquarters in Biarritz – where he paints nowadays. We arrive at the car park in front of the building and see a guy painting a massive wave outside.

Mayumi doesn’t see us at first : he has his back turned with his headphones on, certainly to focus on his painting, to be in « the zone ». 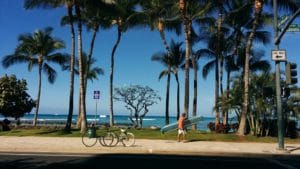 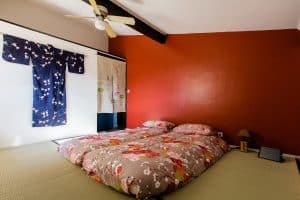