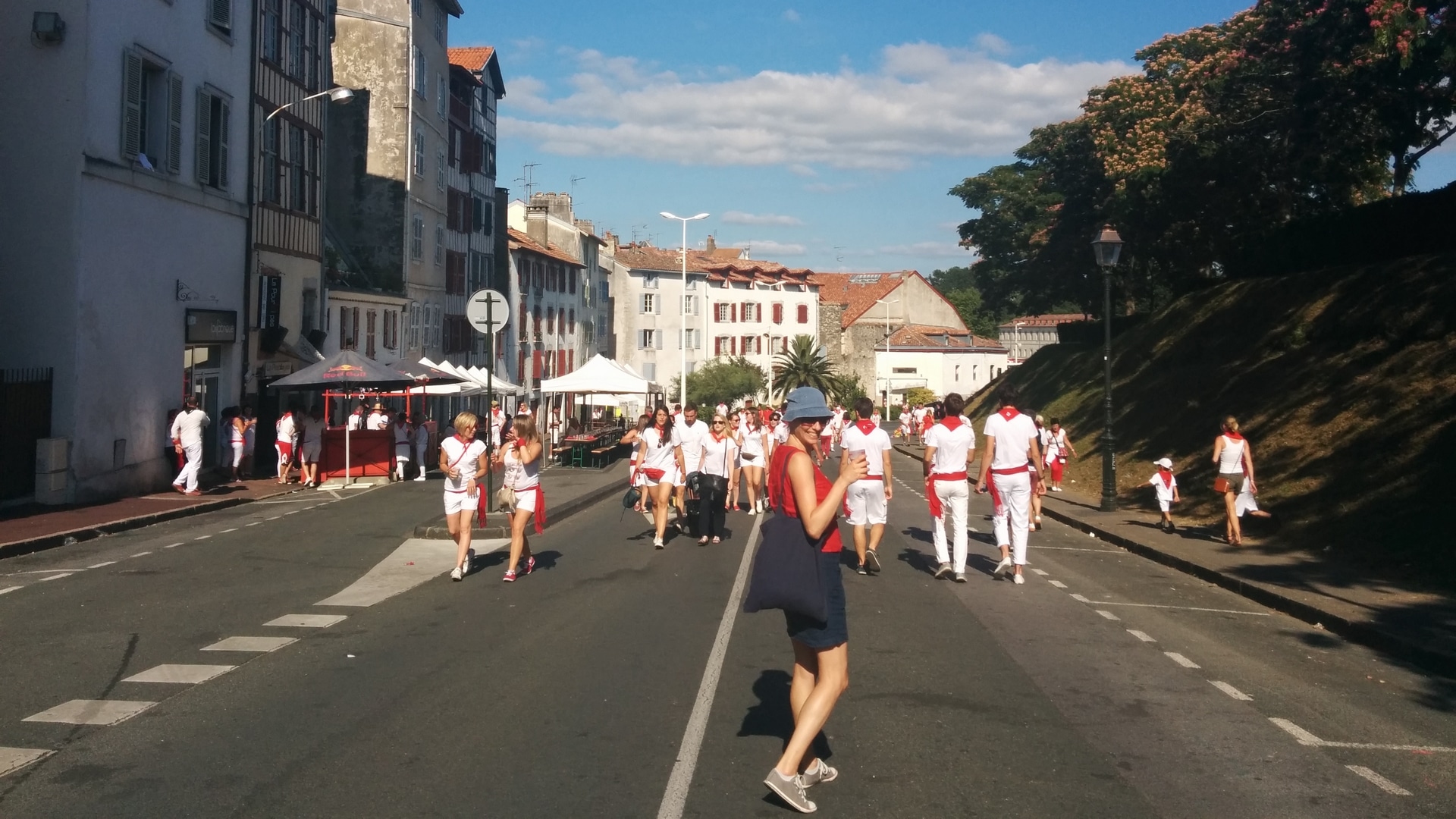 Not during the huge binge drinking party at night that you can see every year on the French news. No, during the real celebrations (careful!
don’t say “feria”, otherwise you may sound like a tourist… aren’t you

). Those which take place during daytime, in a friendly atmosphere, around large tables where the young and the older ones gather. 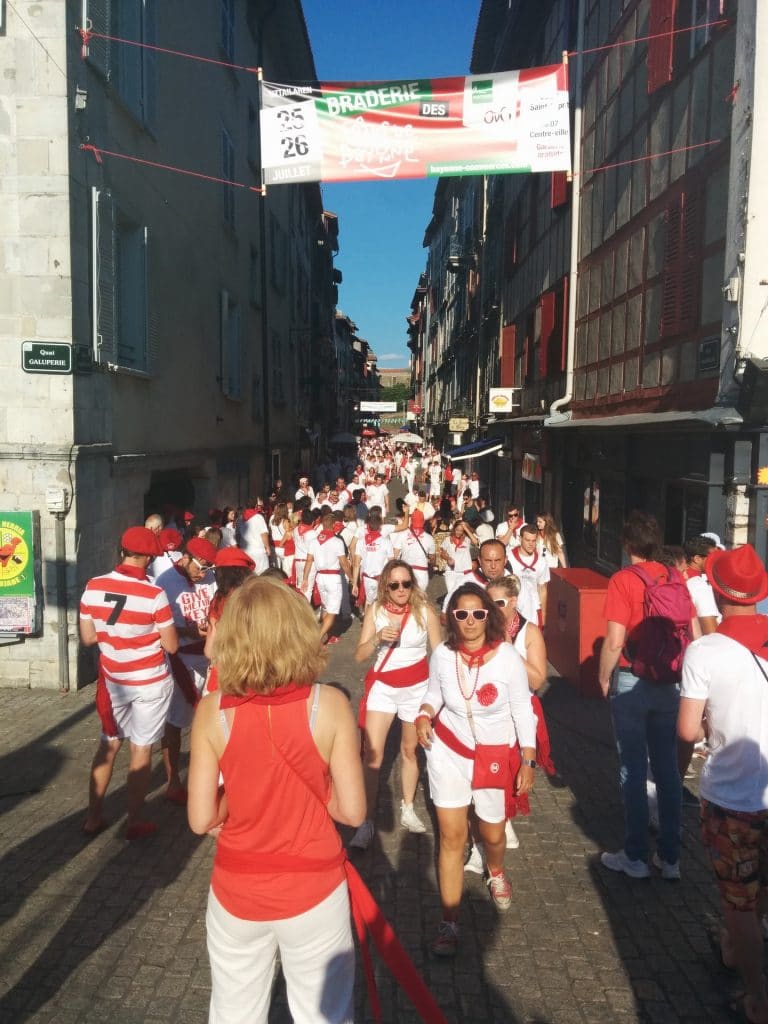 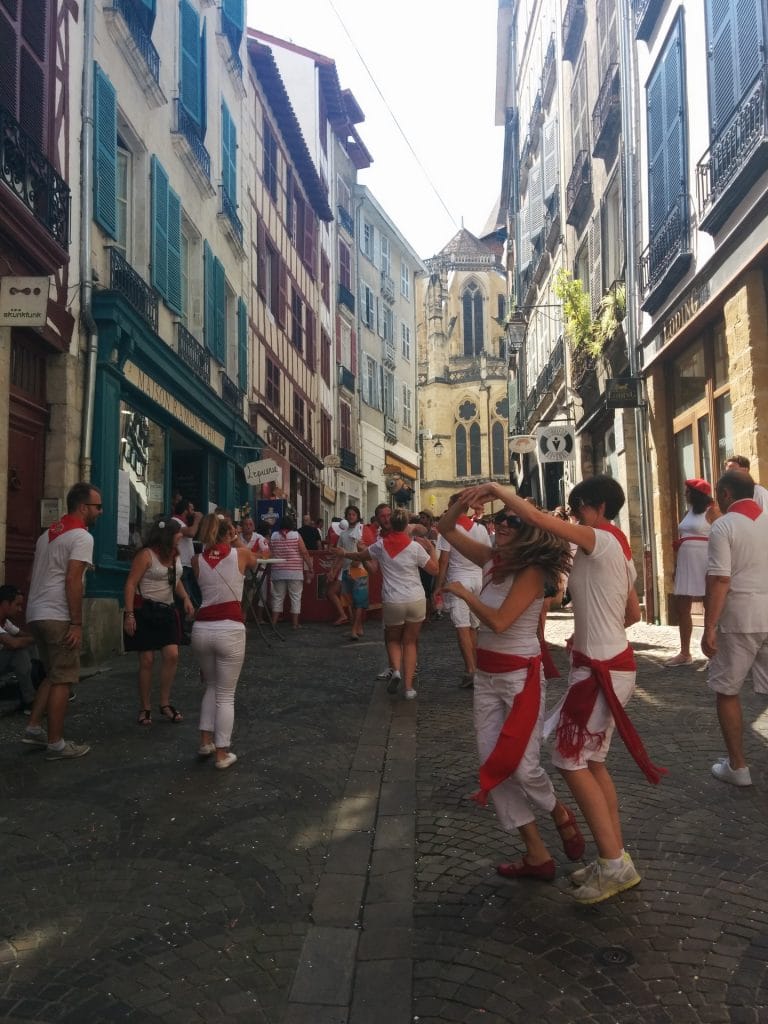 During the day, the entertainment is at its peak, especially at Porte d’Espagne, where the Basque Country Espadrille (Basque sandal) Throwing Championship is being held for the second consecutive year…

How does the espadrille throw work?

And you get: the Basque Country Espadrille Throwing Championships! 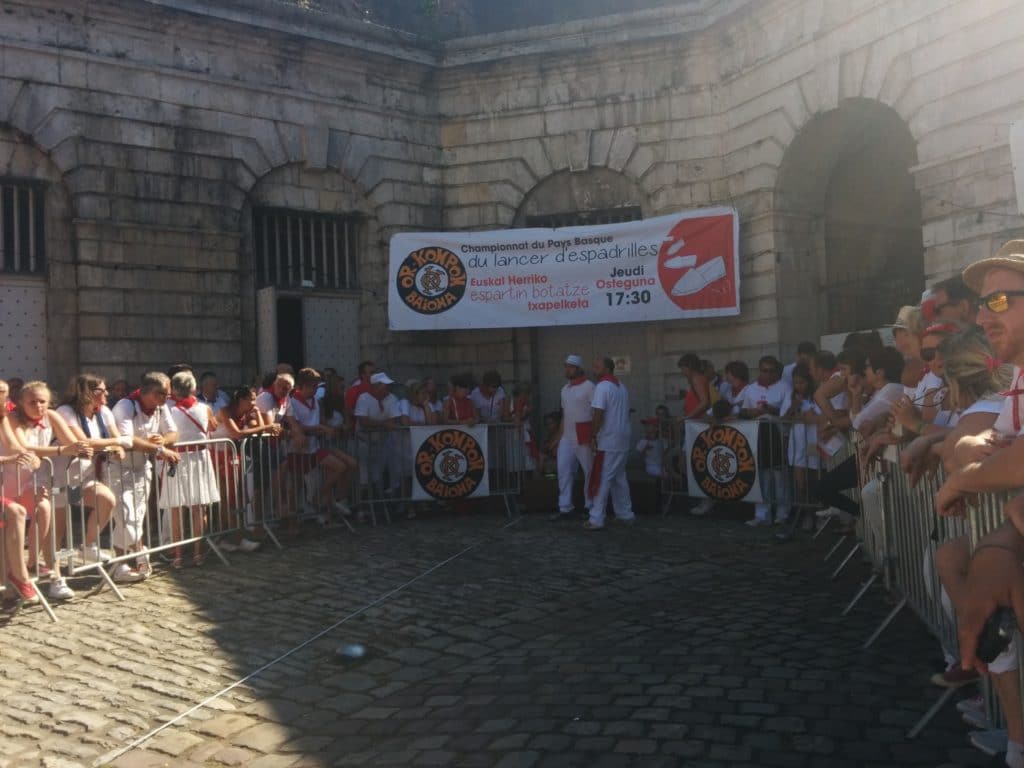 And what does the back row do?

This is precisely what Jérôme Bainçoneau achieved this year, winning the competition for the second consecutive year!

With real team entries (well, it takes time for everyone to arrive: don’t forget we’re in the south of France) and real pickers… of espadrilles! 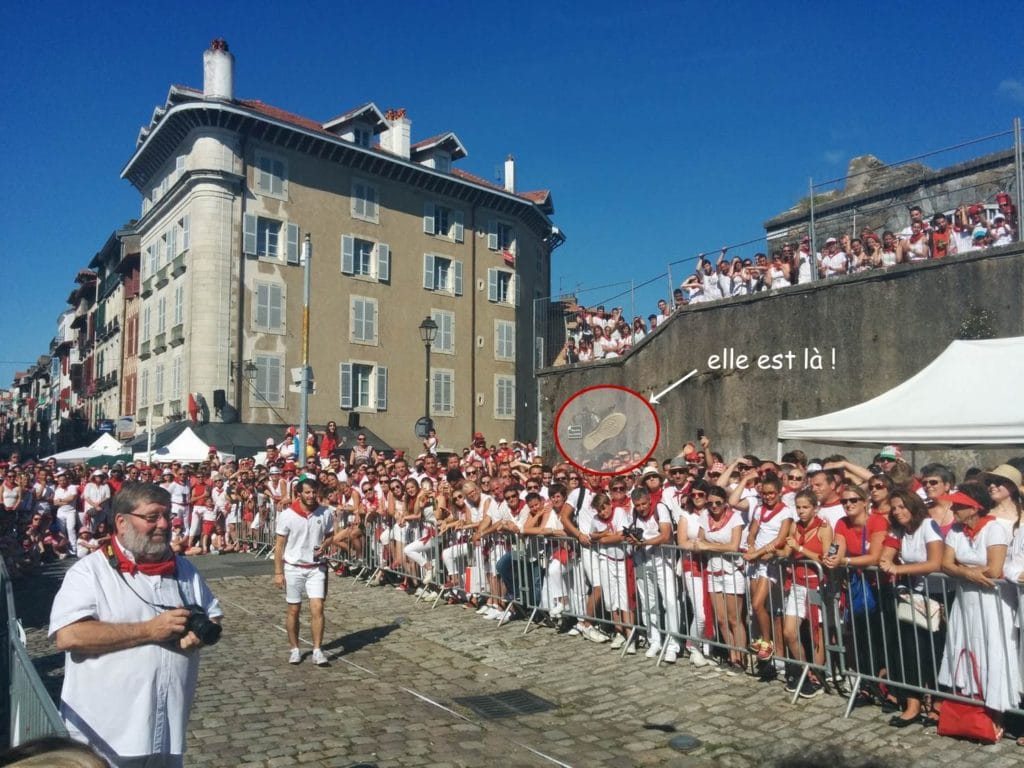 And above all, authentic referees, with one eye on the rope to measure… And one hand on the beer to stay properly hydrated in the warm Basque sun!

You can also play it at home!

So, have you been tempted? Will you manage to beat the official record of 24.70m?

Try it and post your best throw in the comments: the first one will win a dinner with Adriana Karemtxoa, the local Basque celebrity.

Note: the management declines all responsibility in case of accident